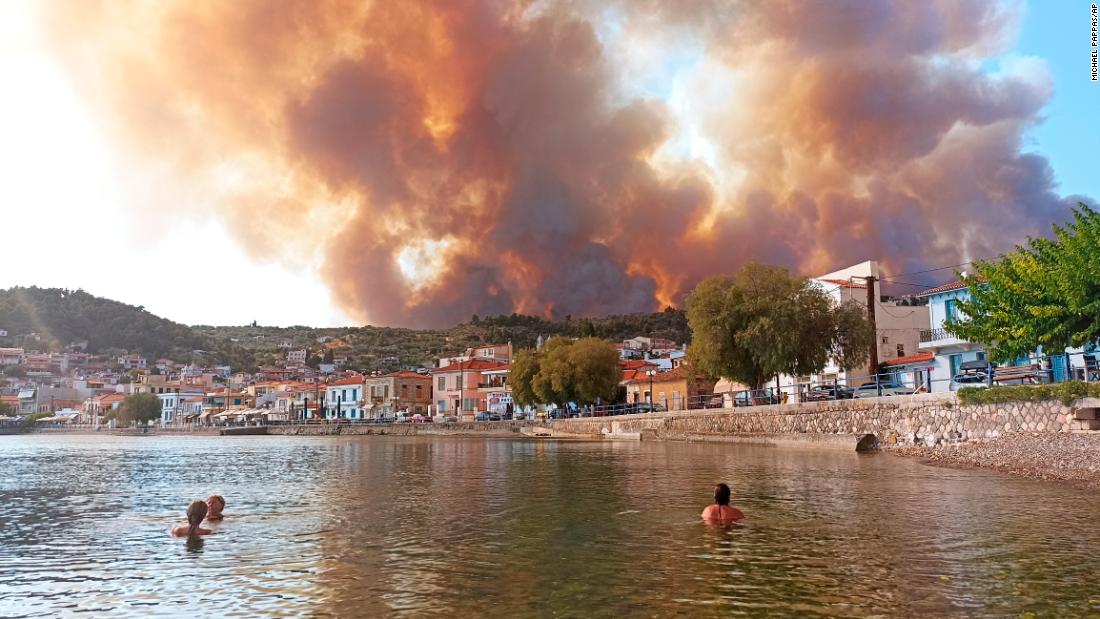 This summer was Europe's hottest on record as Mediterranean heat soared

Like much of the Northern Hemisphere, Europe was battered by extreme weather events over recent months, including record levels of rain that triggered deadly floods in Germany and Belgium, and heatwaves that contributed to wildfires in the south of the region.

The average temperature from the start of June until the end of August was around 0.1 degrees Celsius warmer than the previous hottest summers in 2010 and 2018, a relatively small increase. But it was a whole 1 degree C (1.8 degrees Fahrenheit) above the 1991-2020 average, reflecting the longer-term trend of human-caused global warming.

The year 2020 was also the hottest on record for Europe overall.
The increase in temperatures was not evenly distributed -- as southern Europe broke heat records and the east was warmer than average, northern Europe experienced below-average summer heat.

Copernicus' records go back to 1950, but because of the trend of global warming, this summer is likely to also be a record for the whole industrial era.

Italy recorded a temperature of 48.8 degrees C (119.8 degrees F) on August 11 in Sicily. If verified by the World Meteorological Organization, that would be the hottest day ever recorded in Europe. The hottest before that was 48.0 C in Athens, Greece in 1977.

The heat was related to an anticyclone that impacted Spain as well, and followed extreme heat in Greece and Turkey, which experienced destructive wildfires.

And temperatures at the Greenland summit over the weekend of August 14-15 rose above freezing for the third time in less than a decade, causing rain to fall there for the first time on record, with 7 billion tons of water falling on the ice sheet.