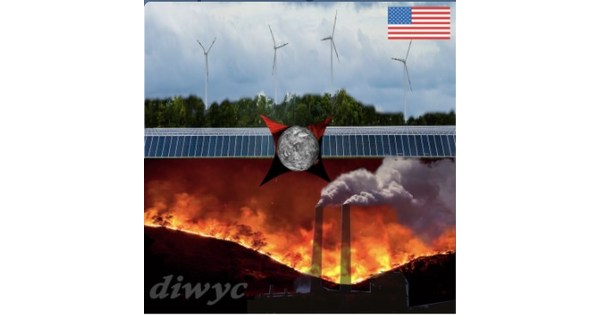 Concerned songwriters, singers and musicians have released a song, "DIWYC" or "Do It While You Can," in about 20 languages which will become an "Earth Day Anthem" that will remind everyone to play their role in reversing the effects of climate change

LOS ANGELES, April 21, 2021 /PRNewswire/ -- As part of the campaign to bring awareness to global warming and climate change issues, Brinds Will and a group of artists have released a song titled "DIWYC," which means "Do It While You Can." The song that the group expects to become an Earth Day Anthem calls on all people of the world to protect mother earth before things gets worse.

"DIWYC" has a melodious catchy tune with genius guitar play that makes it fun to listen to and enjoy while also getting the awareness message it's trying to pass. The song's lyrics is straightforward and meant to inspire people to do the right thing to protect the earth.

The song was originally released in the English version, but other versions are being translated and recorded in 30 to 35 other languages from different parts of the world. All the songs are being performed by talented singers with exceptional vocal skills and abilities.

Climate change and global warming are real, and scientific evidence can be seen in nature worldwide. Summers and winters have gotten warmer, sea levels are rising very fast, and the wildlife population has dropped by 60% in the last 40 years. Extreme weather like floods, tornadoes, and heavy rainfall is taking place all over the world.

All these are because of human activities, carbon emission, fossil fuels, and plastics, damaging the earth and putting human, animal, and plant life at risk. Government alone can't do it; it's time for all citizens of the world to come together, play their role and do it while they can.