Back to Articles | « Previous | Next »
Home » Crisis in the Himalayas: climate change and unsustainable development 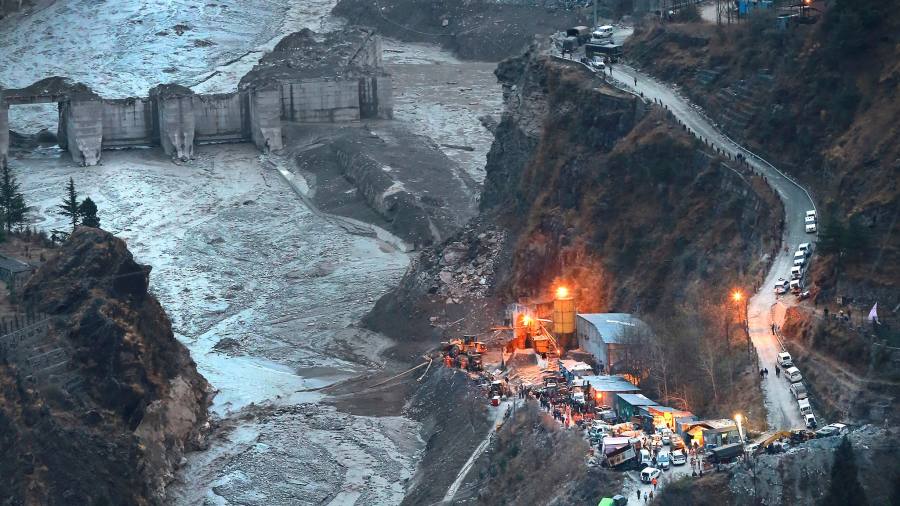 Tending to his fields one crisp winter morning, Chandra Singh Rana saw what looked like smoke emerging from the wooded slopes and snow-capped peaks that led to Nanda Devi, one of the world’s tallest mountains.

The accompanying roar sent the 77-year-old, his grandson and fellow residents of Reni, a village nestled up in the Indian Himalayas, scrambling for higher ground. A rockslide in the nearby mountains triggered a tsunami of water, stones and mud that hurtled through the steep river valley dividing the village, consuming those unable to escape.

The torrent travelled down river, picking up pace as it tore through a bridge and two hydropower plants, 9 and 15 miles away from the rockslide. More than 200 people are believed to have been consumed by the lethal sludge. Most of the bodies are missing somewhere in the grey crater it left behind.

“It had never happened in my life,” says Rana. “It should not happen again. God saved us.”

The disaster last month has brought into focus what locals and scientists say is a crisis unfolding in the Himalayas, the world’s tallest mountain range.

They say an explosive cocktail of climate change and aggressive road and dam building in the geologically unstable range threatens not just villages like Reni but the people, economies and security of the eight countries in the greater Hindu Kush Himalayan region.

The mountains run from Afghanistan in the west to Myanmar in the east, forming the backbones of countries like India, China and Pakistan.