Back to Articles | « Previous | Next »
Home » Climate change protesters block roads outside British Parliament, some gluing themselves to the ground

Climate change protesters block roads outside British Parliament, some gluing themselves to the ground 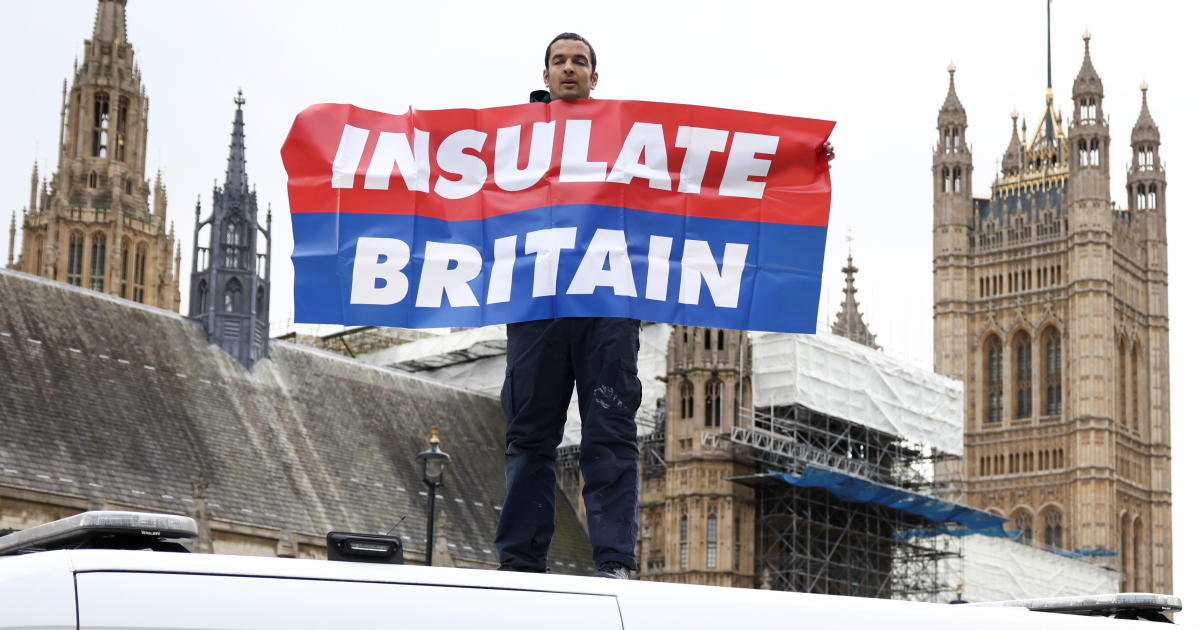 Climate change protesters block roads outside British Parliament, some gluing themselves to the ground

London — Dozens of climate change activists blocked roads outside the Parliament in London on Thursday, some gluing themselves to the ground as part of the group's ongoing protests. About 60 supporters of the group Insulate Britain sat on the ground holding banners, blocking two roads around Parliament.

Commons Speaker Lindsay Hoyle said it was "totally unacceptable" that the group was "interfering with democracy" after a lawmaker was delayed from entering Parliament to take part in a session on transport.

Insulate Britain has carried out protests blocking roads and highways in London and elsewhere in the U.K. in recent weeks to demand that the government improve the energy efficiency of heating in people's homes by 2030. The group has also targeted London's financial district. Dozens of protesters have been arrested.

Their protests, particularly multiple blockages of the M25 highway that encircles London, causing miles-long gridlock, have angered many motorists and divided public opinion. Officials have called their actions "unacceptable," but the group has vowed to continue their "civil resistance."

Transport Secretary Grant Shapps said Thursday that 475 injunctions have been served to the group's protesters for contempt of court. The injunctions mean protesters can be fined and jailed for blocking roads.

"When it gets to the point that protesting against climate change prevents members from this House getting here to hold ministers to account and be heard it is clearly counter-productive," he said.

Paul Sheeky, a protester from London, was among those who glued himself to the sidewalk during Thursday's protests.

"The death and destruction that is on its way unless we tackle this issue is just beyond imagining," he told reporters. "A slight discomfort now is a small price to pay for saving lives in the future."